Get to Know Beverley Muller

The creator of multiple Zulu language and Zulu reader books. 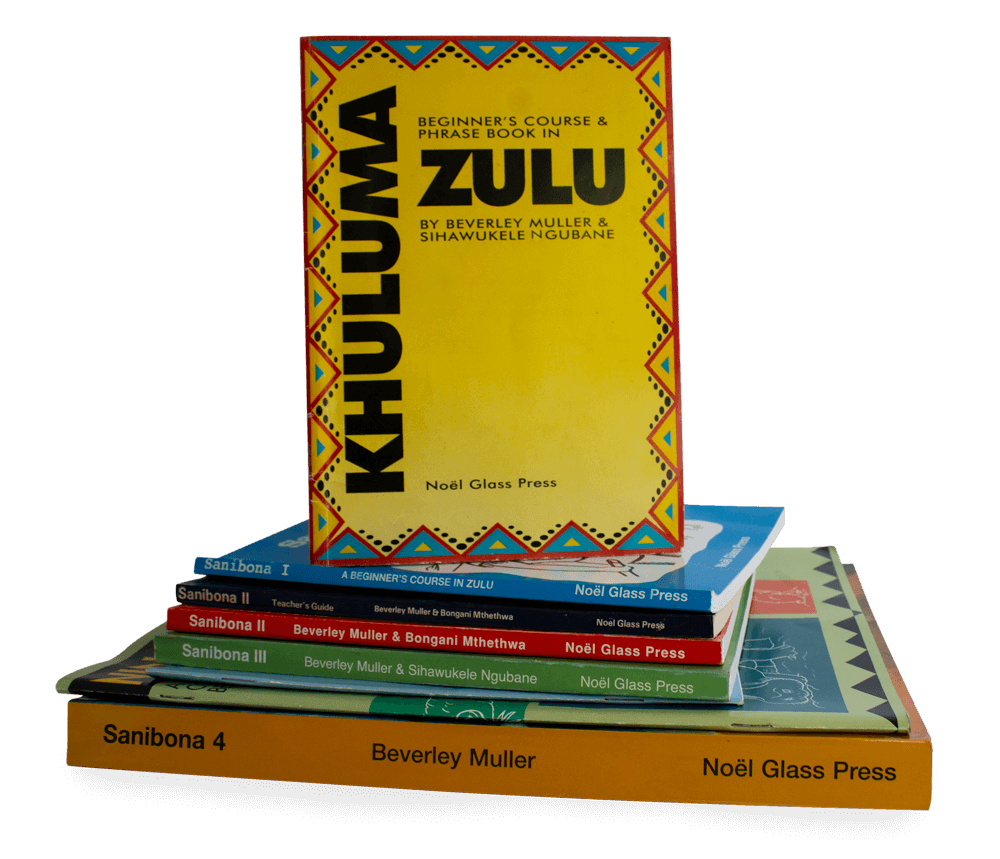 Beverly is a graduate of the University of KwaZulu Natal (BA. Hon, M.A, B. Soc Science, U.E.D) and the University of Paul Valery in Montpellier, France (Diploma in the teaching of French as a foreign language).

She has run numerous workshops for teachers of isiZulu at school level at APEK (a teacher’s union). She also ran the 4 Spanish modules on the Howard College campus and the part-time isiZulu second language classes.

Learn how to speak Zulu

Learn to speak isiZulu with the guided instruction of Bev Muller via online classes.

The Zulu lessons are designed around the needs of each learner. The learning material is presented in context and matched to their ability.
Learning structures are practised in isolation and later with other work. Oral, spoken and aural learning is practised.

The confidence of the learner is boosted at all times.
Extra work is given for those who need home work. Lessons are R150 each and conducted over Whatsapp via speaker phone.

Thank you! Your submission has been received!
Oops! Something went wrong while submitting the form.